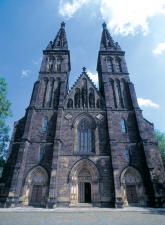 The tour of the complex takes 2-3 hours and Vyšehrad is best accessible from the Vyšehrad Metro station on the C line.

A beautiful view of Prague can be had from the terrace of the Congress Centre from where you continue towards the fortress’s walls. Vyšehrad has been inhabited since prehistoric times. In the 10th century, there was a Prince’s mint here, and in 1070, the chapter at the Church of St. Peter was founded. Shortly afterwards, the first King of Bohemia, Vratislav I, moved to Vyšehrad, and some of his successors also resided here. Charles IV built a new royal palace and had the entire Vyšehrad fortified. Most of the Gothic structures were destroyed at the time of the Hussite wars and though partly reconstructed in the 15th century, they never regained their previous significance. A new baroque stronghold was built in Vyšehrad in the 17th century which survived until 1911. Because of its close links with Czech history, Vyšehrad has become a symbol of the Czech national tradition and the National Cemetery was founded here.

Enter the compound through the Táborská brána gate, built in 1655 and named after the town of Tábor in South Bohemia because the road leading there passed through the gate.

Continue past the remains of the Špička Gothic gate with fragments of 14th-century town walls.

On your left stands the early-20th-century building of the Jedlička Institute, the first institution for handicapped children in the Austro-Hungarian Empire which is still in operation today.

Leopoldova brána gate with a former moat is an entrance to the inner fortress. Right in front of you stands the St. Martin Rotunda, the only surviving witness to the 11th-century Romanesque past of Vyšehrad.

Take the path on your left at the end of which archeologists discovered the remains of a medieval Church of St. Lawrence (sv. Vavřince). They first unearthed the foundations of an 11th-century Romanesque basilica, and later the foundations of a still earlier structure from around the year 1000.

Other remains of Romanesque architecture include a bridge from the time of the King Vratislav which was a part of the fortification surrounding the royal compound. It is to be seen in the adjacent park where there are four sculptures of mythological figures from Czech history. Sculptures by Josef Václav Myslbek originally stood at the two ends of the Palackého most bridge. During an air raid on Prague in February 1945 the bridge and the statues were damaged and later transferred to Vyšehrad as the bridge was enlarged.

Other remains of historic structures within the royal compound include the foundations of houses and parts of the Gothic walls, including the ground floor of a medieval defence tower, later rebuilt for residential purpose, and currently the venue of various exhibitions.

Vyšehrad’s landmark is the Church of St. Peter and St. Paul, rebuilt in the neo-Gothic style at the turn of the 19th century after a design of Josef Mocker. The adjacent parish cemetery has since 1861 been used also as National Cemetery. The Slavín memorial is the burial ground of major Czech scientists and artists (like Emmy Destinn, Rafael Kubelík, his father Jan Kubelík, and others). Altogether, some 600 scientists, authors, poets, sculptors, painters, actors, musicians, and architects have been buried in the cemetery, including Antonín Dvořák, Bedřich Smetana, and Karel Čapek, among many others. Because of their significance, the tombstones are usually sculptures made by other leading artists.

Walking across the cemetery towards the neo-Gothic Provost’s house you arrive at the Nová or Cihelná brána (New, or Brick Gate) with an exhibition dedicated to the history of Vyšehrad and the entrance to the accessible part of the casemates, or secret military passageways in the fortress. The underground corridor takes you to a large hall with the originals of some of the scultpures from Charles Bridge on display. 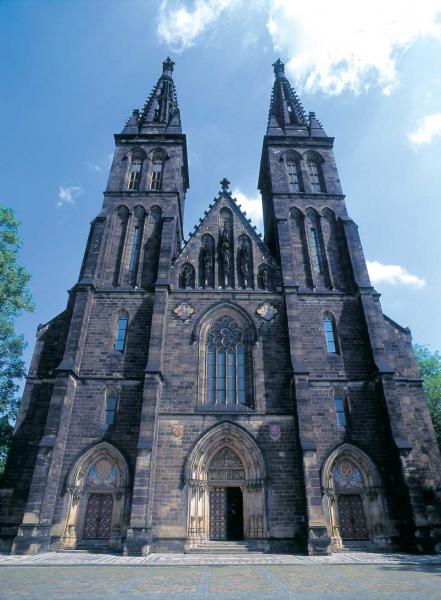 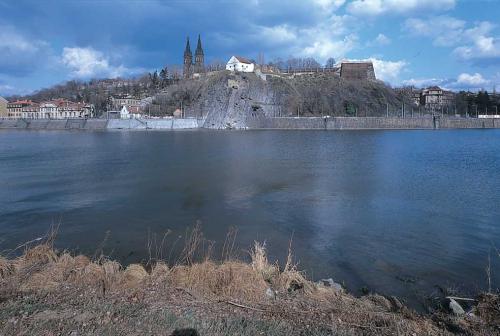 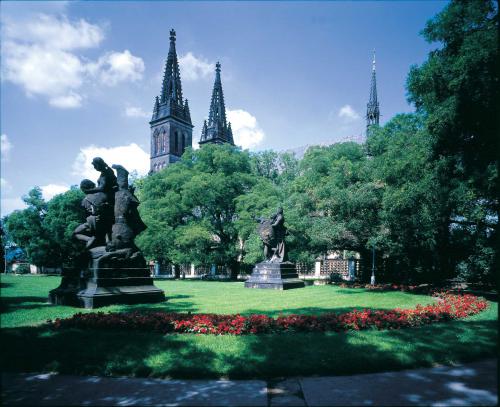 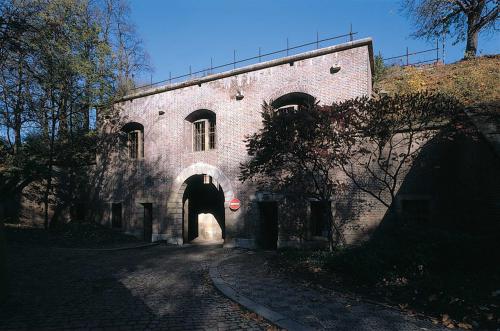 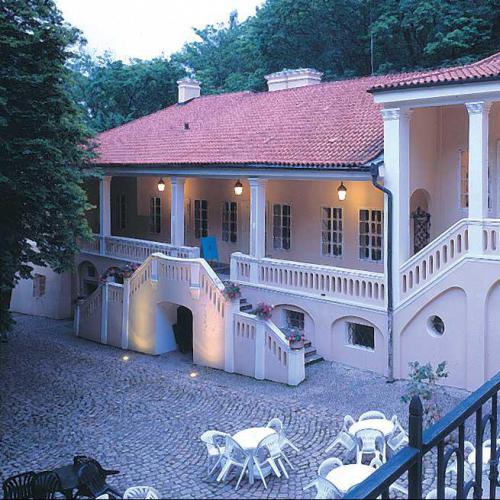