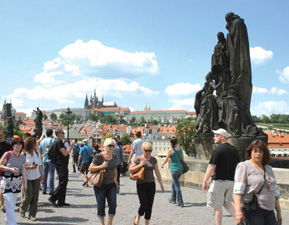 The bridge tower on the Old Town side of Charles Bridge was built at the same time as the Gothic bridge by Charles IV in 1357 as not only a fortified tower but also a symbolic triumphal arch on the Bohemian kings’ coronation route. This is attested by the rich sculptural decorations on its eastern facade. Inside the tower is an exhibition of old musical instruments from the National Museum collections.

was built in 1357 to replace an earlier Romanesque bridge from the second half of...
Číst více 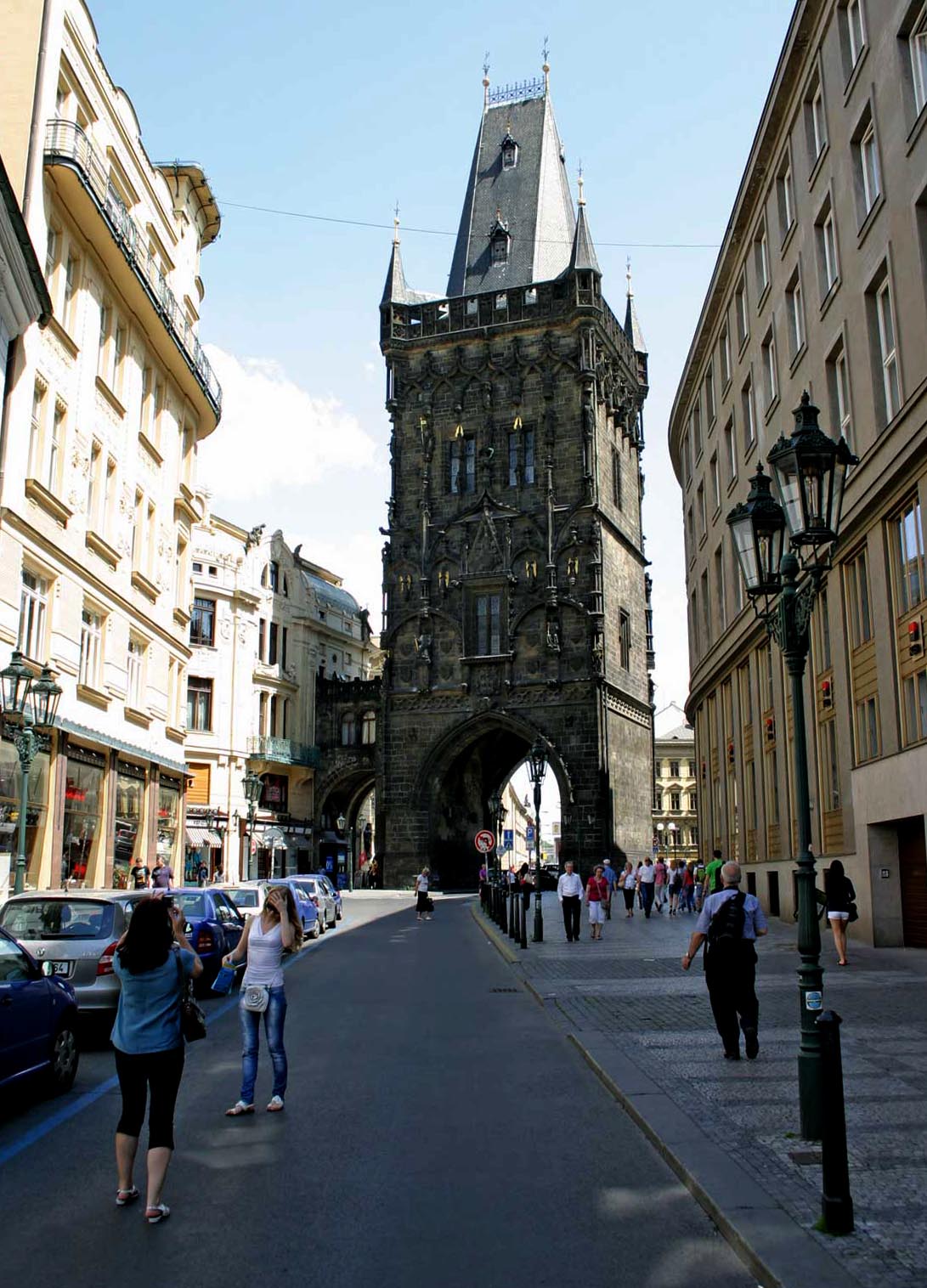 (Powder Tower) was built in 1475 by King Vladislav Jagiello on the site of a 13th
century fortified tower. It was supposed to be an official gateway of sorts to
the Old Town. The Royal Court where the kings of Bohemia used to stay from the
late 14th century on was situated where the ...
Číst více The Orea Resort Horizont is located on the southern slope of Pancíř. It offers an indoor swimming pool and a terrace with panoramic views. Wellness facilities can be used free of charge. It is also possible to hire ski equipment from the grounds. There is also free Wi-Fi available. The Orea Resort Horizont offers rooms with satellite TV, a telephone, an electronic safe and toil...
Číst více

The Orthodox Church of St. Vladimir

This Orthodox Church in the Russia-Byzantine style was built from 1900-1902. The church is noteworthy for its artwork, not just the beautiful architecture, but also the internal furnishings. The interior is richly decorated, including icons from the 17th century. The enamel-majolica iconostasis, a...
Číst více The beautifully decorated Byzantine style Orthodox Church of St. Peter and Paul was built in the then emerging elite residential area of the Westend in 1893-1898. The building was modelled on the Byzantine-old Russian church near Moscow. The richly decorated church in the shape of a Greek cross is topped by fi...
Číst více