After Prague Castle and Český Krumlov, the complex of castle and chateau buildings in Jindřichův Hradec is the third largest castle complex in the Czech Republic, a national cultural monument and the town’s most important monument. Among the most precious parts of the gothic castle are the Gothic Palace, the Chapel of the Holy Ghost, called the Courthouse, ...
Číst více The Museum of Photography and Modern Visual Media mainly focuses on the medium of photography, but also includes other visual media. The exhibition has works by Czech as well as foreign photographers, significant personalities from the history of (mainly) Czech photography and outstanding contemporary artists. The museum is housed in the historic centre of the town in the ...
Číst více Krýza’s Cribs are the work of a native of Jindřichův Hradec and master sock-maker Tomáš Krýza and are among the most popular exhibits in Jindřichův Hradec. Since 1998 the cribs have been in the Guinness Book of Records as the largest mechanical nativity scene in the world. The nativity scene contains 1 398 figurines of people and animals, of which 133 move. This unique work is loc...
Číst více The exhibition is housed in the Renaissance malt house in the grounds of the former Kotnov Castle. It is dedicated to the unique finding from 2001, when, during the reconstruction of house no. 308, two ceramic vessels filled with four thousand silver coins were discovered. This treasure is one of the most important coin hoards from the Jagiellonian period made in the country.

The roughly 650 metres that are open represents just a fraction of Tábor’s underground passages, which are some of the longest in the Czech Republic and date back to the 15th century. The corridors arose by digging and linking multi-storey cellars under the houses in the old town and served mainly for storing food and beer. During large fires they also provided good shelter. The entrance to the cellars and the ticket office is located at the Town Hall and Museum.

Open: year-round, Admission: CZK 50, extra for a guided tour in a foreign language, CZK 200 for a group 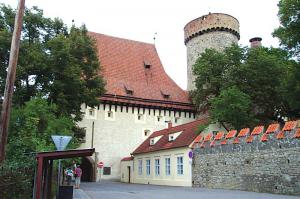 This is the oldest monument in Tábor dating from the second half of the 13th century. Time and fires led to its losing its defensive significance so much so that in 1612-1613 it was converted into a brewery. Only one of the four towers of Kotnov Castle has remained and it is open to the public. Here you will find the exhibition “The Life and Work of Medieval Society”. There is also an exhibition called “Tábor’s Treasure”, which holds nearly 4,000 silver coins. Follow Klokotská Street from the square to get to the castle. 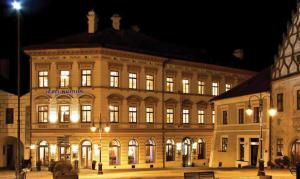 The Nautilus Hotel is located in the centre on Žižkovo náměstí. It has 22 uniquely furnished rooms in four categories. Each of the luxurious rooms is a unique combination of modern technology, ancient fossils and art deco furniture. The hotel has a wellness centre with a wide range of services and a refined restaurant, Goldie, with traditional Czech gastronomy in a modern concept as served by the excellent head chef. 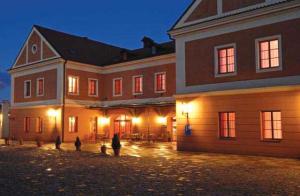 The Hotel Dvořák Tábor is located in the historic centre of Tábor on the site of the original brewery in close proximity to the castle. The hotel complex offers 72 luxurious rooms. Although the hotel is built on the site of a former brewery, it does not have a microbrewery brewing beer. But you can enjoy the hotel’s Original Beer Spa BBB, a Cleopatra milk bath or a massage. 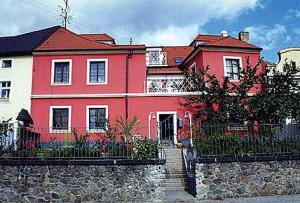 This cosy pension is located 150 metres from Žižkovo Square. Whatever window you look out of, the view is amazing. One side overlooks the historical centre, the other a soothing view of the River Lužnice and rolling countryside carrying on into the horizon. The building dates from the 14th century and one of the guest house’s attractions are underground passages, which, upon agreement, you can explore. The guest house also has a kitchen, a garden and a sauna. 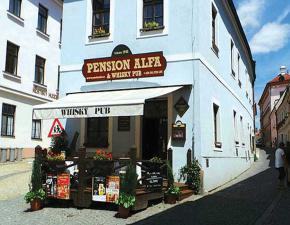 Pension Alfa is located in an ancient building from the 16th century between Žižkovo Square and Kotnov Castle, in the historical heart of Tábor. It offers nine rooms (with one, two, three and four beds). All of the rooms have their own bathroom (bath + WC), telephone and Wi-Fi. Part of the pension is the Whisky Pub, where you can taste 50 types of whisky and 30 types of rums. 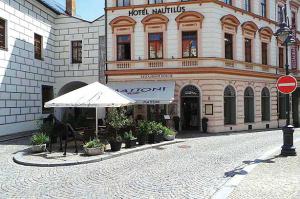 This hotel restaurant entices guests with a wide range of delicious food and drinks. Goldie is located on the ground floor of the hotel and offers beautiful views of Žižkovo Square, so you can easily follow passers-by and what’s going on. For even better views, you can sit out on the small terrace in front of the hotel. Part of the rich interior decoration is focused on gorgeous mirrors and statues. It also has a café bar where you can enjoy excellent coffee, a well-stocked cocktail bar and top local and international wines and beers. Thanks to the quality of the food it is one of the best restaurants in the country. 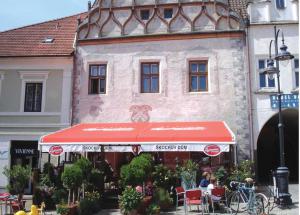 The Škochův dům restaurant, on the corner of Žižkovo Square, offers a pleasant environment and a wide selection of drinks, coffee, cocktails and excellent cuisine. The terrace is available in the summer months, with a view of the whole of the historical Žižkovo Square. 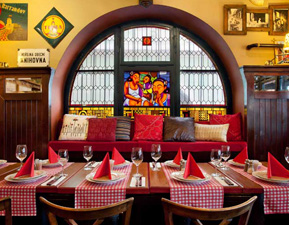 A restaurant with a cosy and remarkably “lived in” interior built by the owners in the historical house on Žižkovo Square in 2001, which is why they pamper it so. The cook prepares succulent steaks, excellent pasta dishes and Mexican cuisine. Its renowned specialty is baked pork ribs in a honey marinade with excellent cold Pilsen beer to wash it all down with. The outdoor terrace under the building’s arches faces directly on the square. 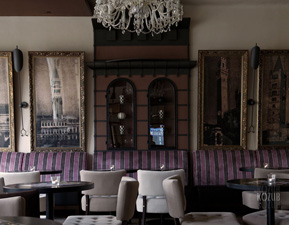 The restaurant is located directly in the city centre on the main street and provides a space for you to rest in whilst shopping or walking. In addition to fresh Italian cuisine, the menu offers great cakes, desserts, Knickerbocker glories and pancakes.